A few thoughts on Cariou vs. Prince

A few days ago, US District Judge Deborah A. Batts ruled that Richard Prince had violated Patrick Cariou’s copyright when using some of the images from the Yes Rasta book to produce Canal Zone. Much has since been written about this ruling, here are a few of the reactions/takes: Rob Haggart/A Photo Editor, Ed Winkleman, Donn Zaretsky, Paddy Johnson. In a nutshell, photographers for the most parts are giddy that Prince lost, whereas the non-photo art world is appalled by the ruling. (more)
Ler mais »
Publicada por Crítica da Fotografia Contemporânea 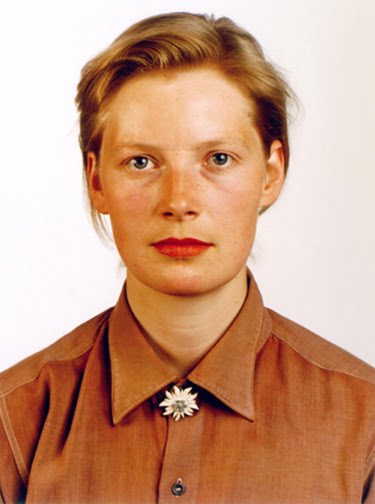 Gil Blank: Many of the portraits you’ve made are of people whom you know personally, but whom most viewers would not. You have a relationship to the subjects, but it would seem those relationships are totally neutralized in the photographs, by their uniform structure and plain, premeditated approach. Was the relative anonymity of the subjects a central part of the process? Did the individual relationships, as manifestations of your own individual knowledge of each person, ever enter into the process? Were the relationships totally incidental, or was the fact that you knew each person a specifically complicating fact that you wanted to see if you could address, avoid, or get around in the series?

Thomas Ruff: When I started with the portraits, it was with an awareness that we were living at the end of the twentieth century, in an industrialized Western country. We weren’t living by candlelight in caves anymore. We were in surroundings where everything was brightly illuminated—even our parking garages. Surveillance cameras were everywhere, and you were being watched all the time. When I started making the portraits in 1981, my friends and I were very curious about what might happen in 1984, Orwell’s year. Would his ideas come to fruition?

They already partly had, because in Germany there were the events surrounding the Red Army Faction, a terrorist group founded by Andreas Baader, Gudrun Ensslin, and others. They plotted—and in some cases carried out—the assassinations of politicians and industry leaders, were captured, and then died under suspicious circumstances while in government custody. So the police were very nervous; there were a lot of controls placed on daily life, and we were often required to produce our passports for inspection.

My idea for the portraits was to use a very even light in combination with a large-format camera, so that you could see everything about the sitter’s face. I didn’t want to hide anything. Yet I also didn’t want the people I portrayed to show any emotion. I told them to look into the camera with self-confidence, but likewise, that they should be conscious of the fact that they were being photographed, that they were looking into a camera.

I wanted to do a kind of official portrait of my generation. I wanted the photographs to look like those in passports, but without any other information, such as the subject’s address, religion, profession, or prior convictions. I didn’t want the police/viewer to get any information about us. They shouldn’t be able to know what we felt at that moment, whether we were happy or sad.
Ler mais »
Publicada por Crítica da Fotografia Contemporânea

Even though—or perhaps because—it’s such a small country, Lebanon has been swept up in a number of major geopolitical encounters over the past 200 years. From its seeds in the Ottoman Empire, its brief tenure under a French mandate and, more recently, 15 years of civil war among various Lebanese political parties and their militias (Lebanese Forces, Mourabitoun, Amal, Hezbollah, Communist Party, and Progressive Socialist Party, among others), armies (Lebanese, American, French and Israeli, among others) and additional Arab militias, armies and parties (Palestinian, Syrian, Iranian, Libyan, Iraqi, and Saudi, among others), Lebanon has witnessed sophisticated cosmopolitanism and horrific carnage, and now tenuous rebuilding.

If that last sentence seems somewhat dizzying, it only hints at the tangled historical knot that is the Lebanese Civil Wars of 1975-91. The many factions and their various backers, as well as the reasons and motivations for their decade and a half of internecine combat, may never become clear. Walid Ra’ad’s work is an attempt to write this obscure history in images and text. But these images and texts are themselves made opaque in the process, for as much as his project is a kind of historical documentation, it’s also an attempt to investigate how history gets imaged and written, thereby questioning the very idea of a definitive history. In this dual approach, Ra’ad’s work makes use of certain Conceptual art strategies as well as various experimental documentary modes, both of which are shared interests we’ve had many conversations about during the past few years.
Ra’ad had to leave Beirut in 1983 as the fighting between rival factions became increasingly intense. He studied in the United States, at the Rochester Institute of Technology and the University of Rochester, and by fortuitous coincidence now lives a few blocks from me near a desolate stretch along the northernmost tip of Brooklyn’s East River waterfront—that is, when he’s not in Beirut during his summer and winter breaks from teaching. The following interview took place between Beirut and Brooklyn via email this past July.